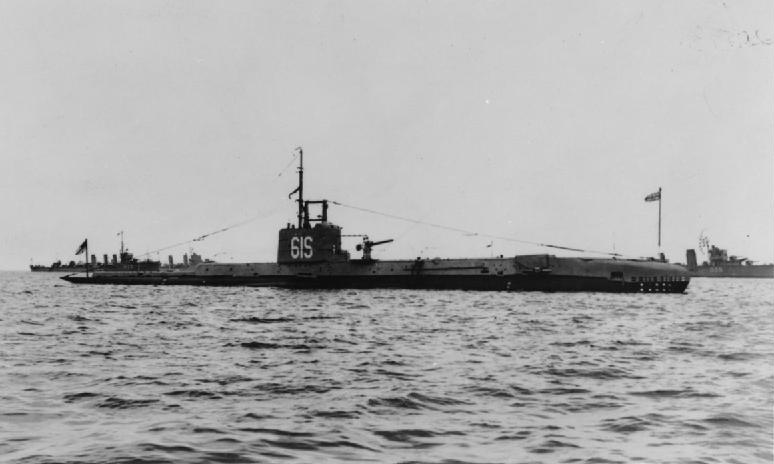 Built in 1932, HMS Swordfish was one of the first batch of S-class submarines to be built. With a normal crew of thirty-six, these were primarily designed for British coastal patrol duties, and as a consequence were smaller and far more vulnerable than later boats (in naval parlance submarines are always known as boats, not ships). Of the twelve that started the war, only three made it to V.E. Day.

After eleven relatively uneventful patrols, HMS Swordfish left Portsmouth for the final time on November 7th 1940, disappearing shortly after. Initially it was thought she had been sunk by German destroyers, but her wreck was found in July 1983. She had hit a mine.

Just one tragedy amongst so many others.

A memorial service was held later that year, 43 years on from her loss.

I came across the story whilst doing research for an (as yet unpublished) sequence of poems about running around the perimeter of Portsea Island whilst training for various marathons. The poem that follows was written as part of this sequence, which has certain word and phrase repetitions / near-repetitions linking different poems and themes. The sequence is fifty – one poems long. Some of the poems have appeared on a standalone basis, both in my first collection and elsewhere; online, in print and in a couple of cases, as poetry films.

I posted my Swordfish poem on the Places in Poetry map, where it can still be seen, placed over what was once HMS Dolphin, her home in 1940 (with the exception of the nuclear armed boats, all British subs are now based in Devonport) . A few months later it was one of three poems from over 7,000 on the site to be selected to be turned into a film. In view of the volume of high quality poems available I was surprised and honoured that one of mine was chosen.

You can see the results of a day’s filming, plus lots of editing by the very talented people at Preston Street Films here: https://www.youtube.com/watch?v=SrZcNMi3xQY

Thanks also of course to everyone involved in the Places of Poetry project. If you haven’t already had a look at the website then it is at; www.placesofpoetry.org.uk

I hope that both poem and film do justice to the original subject matter.

Just in earshot
over the hush now shush of traffic,
all the rumours of a city,
fully awake but not.

a memorial service,
washing away
forty years’ silt
in a brine-filled blink.