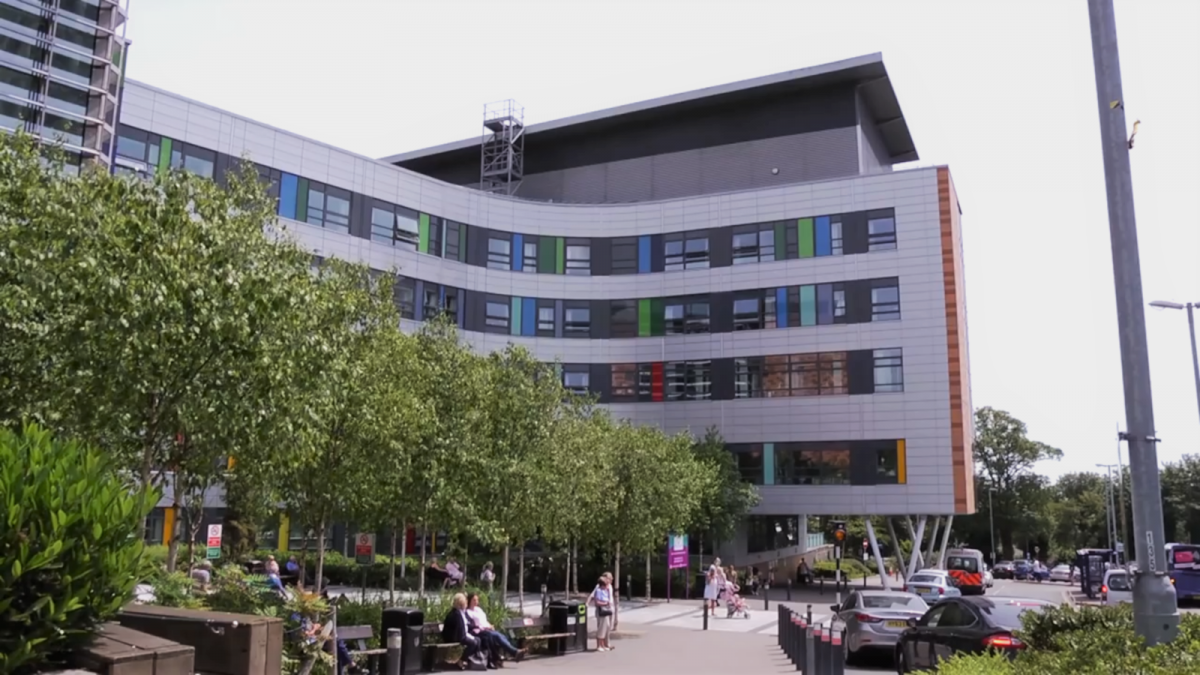 I keep looking back at my posts from January and February last year. Those days before Covid. How little we knew then. I’m sure many others are doing the same, whether it be on social media, or through apps like 1 second every day ( https://1se.co ) . Our lives are lived in full view. Our thoughts, however inane, are captured for future review. Whether this is a good thing or not is for a future post.

The main hospital in Portsmouth is at the top of Portsdown Hill, on the outskirts of the city. After dark it can be seen from miles away, like a vast, recently landed spaceship of concrete and light. Think Close Encounters of the Third Kind without the music and urge to mould models out of mud. In times like these, it is a reminder of what is important, and how fragile our existence actually is. How little time we have. I hope when we finally come out of this crisis, that people take stock, reflect on what really matters, and live their lives accordingly in the future, as much as they can. I know I will.

I also fervently hope that those in this country who have made this crisis so much worse than it needed to be, get exactly what they deserve. There will be spin, of course. There will be attempts to obfuscate, to blame others, but we must not let them. The UK has had one of the worst death rates per head of population in the world. Many health professionals have died due to inadequacies of PPE procurement, whilst companies that have had no experience in the area have been given massive contracts for equipment that was not delivered, or was faulty when it was. Health workers in the sixth-largest economy in the world had to resort to wearing bin bags for protection.

Of course there is the counter-argument of the highly successful and efficient vaccine rollout. But notice how the politicians call this NHS run project the ‘government’s vaccine rollout’ whereas £22bn was wasted on an outsourced ‘NHS track and trace’. Language matters.

Oh, and as an aside, if Brexit is your thing? One country with one of the highest rates of vaccination in the world is Romania. Whereas other EU countries tried to do things jointly, (and the EU made a complete hash of it), they just went ahead and sorted out their own vaccines. As with blue passports (Croatia), we could have done the same. Don’t believe the BS.

Back to QA Hospital. Like every other NHS hospital in the country they have been close-to-overwhelmed, converting non-essential wards to high dependency units, the staff working flat-out, doing what they can, under conditions of extreme stress and exhaustion, and of course with an underlying knowledge that they are at heightened risk themselves from this horrendous disease.

Another aside: Some prat went into the hospital and filmed empty corridors on their mobile phone as a way to prove that the virus was a hoax. All the Covid patients are suffering from a highly contagious disease and are in high-dependency wards. Do you really think they would be in hospital corridors? Idiot. Anyway, I digress.

I was recently asked to provide a poem to be placed in one of the high dependency Covid wards. As someone who doesn’t work in the NHS, but knows plenty of people who do, it wasn’t exactly easy to get it right. The poem I wrote, which appears at the end of this post, has been accepted, along with lots of other poems from staff and other poets. It may not be a particularly good poem, but hopefully it will help someone in some small way with what they are going through.

A third and final aside: The poem mentions ‘grey hulls’. With the hospital being at the top of Portsdown Hill there is, from some windows at least, an excellent view of the city, including the Portsmouth Royal Naval dockyard and Royal Navy fleet.

So now we wait. As we did before. Hopefully this ‘road map’ out of lockdown will work. I remain worried that with plans to open up all schools at the same time and the risk of new virus strains that this crisis still has a long way to go.

In the meantime, all we can do is keep trying to follow the rules and give huge thanks to all those who are working through the storm, whether emergency workers, NHS staff, (including cleaners, porters, back office staff and non-emergency workers without whose efforts the system could not function), other frontline employees such as those working in transport and retail, without whose work, and in so many cases, sacrifice, our year of Covid would have been so much worse. Thank you.

Look at all the grey hulls
lined up in the Solent;
A ship needs every rivet
to stop the sea from surging in.

Here as with everywhere,
this day can never be won,
by standing on our own.
We fall and rise together.

Trapped in layered protection,
around our brittled light,
forgetting who we are,
forgetting how to see.

A smile behind a mask,
is a crack in the bitter dark,
that will widen, as it always does;
these times will one day pass.

Beyond the cliches of politicians
are real words and thoughts and prayers.
I would bring them to you here,
to your exhaustion of despair,