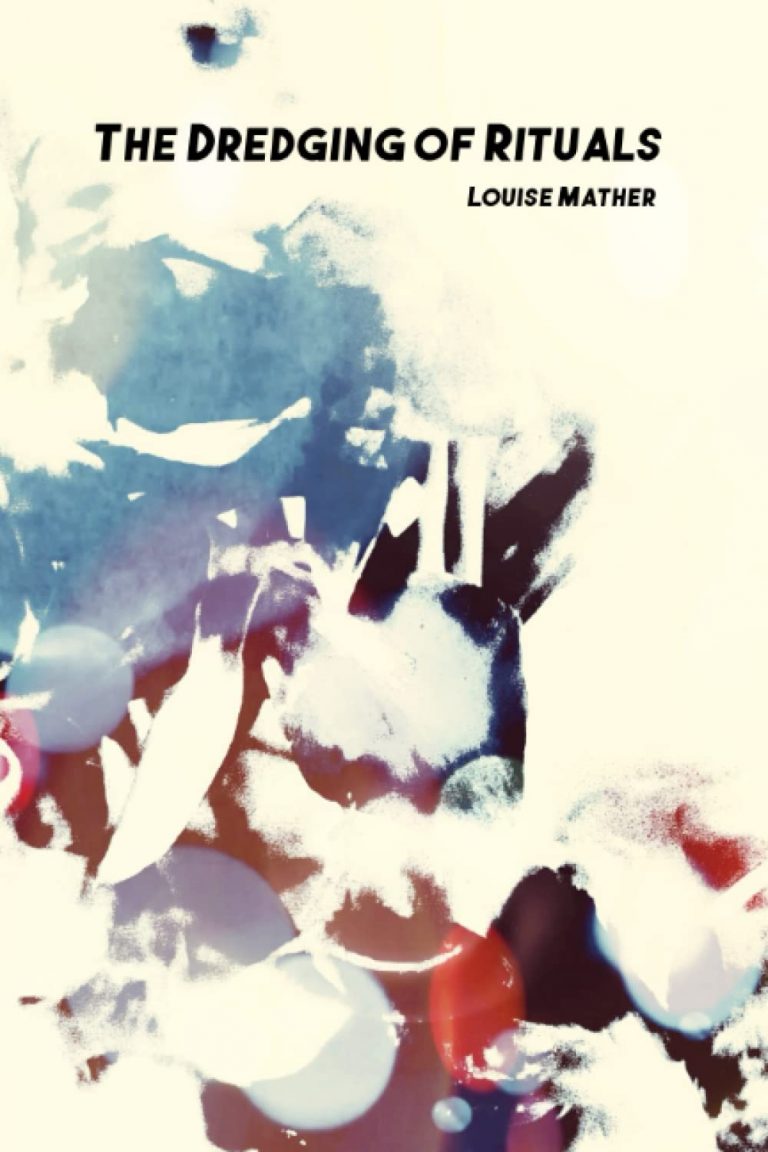 I’m starting up my occasional book & pamphlet review posts again after an absence of over a year. As before, these will all be of books that I have copies of on my poetry bookshelf. They aren’t always going to be straightforward reviews – I may use them as a springboard towards other subjects or commentary on the authors’ work elsewhere.

First up this time is Louise Mather’s The Dredging of Rituals, published through Amazon, and including poems that first appeared in publications such as Streetcake, Crow & Cross Keys & Not Deer Magazine.

20 poems, 35 pages long, and full of surreal imagist language, much of the subject matter centres around her own undiagnosed endometriosis. These are poignant poems of personal pain, loss and sometime redemption.

When buying poetry books I tend to look for subject matter that aligns with what I tend to write about – local history, geography, politics, the environment predominantly (I think). Though other subjects (such as mental health) also appear. But I think it’s important to read work that sits outside your own points of reference or comfort zone.

There is powerful writing here. The Vaults, which ends with the following is a good example – it’s structure is fractured, with each line formatted in a way that, each thought or emotion is separated to emphasise the emotional dissonance in the poem;

In other poems the imagery tumbles over itself

A Fairy Tale in Retrograde starts with the following lines;

I showed yo the edge
of my thigh where I had first
held blunt
jawed compasses, plum handled
scissors and tinselled
razors loosed from cold
plastic bone.

There are also poems of landscape. But not picture postcard scenes, rather a dark, shadowy world that harks back to old English myths of forces just out of sight that cannot be controlled or tamed. And so with this poetry – it has a life and a voice of its own that whilst often unsettling has been great to discover.

You can buy The Dredging of Rituals from Amazon here;