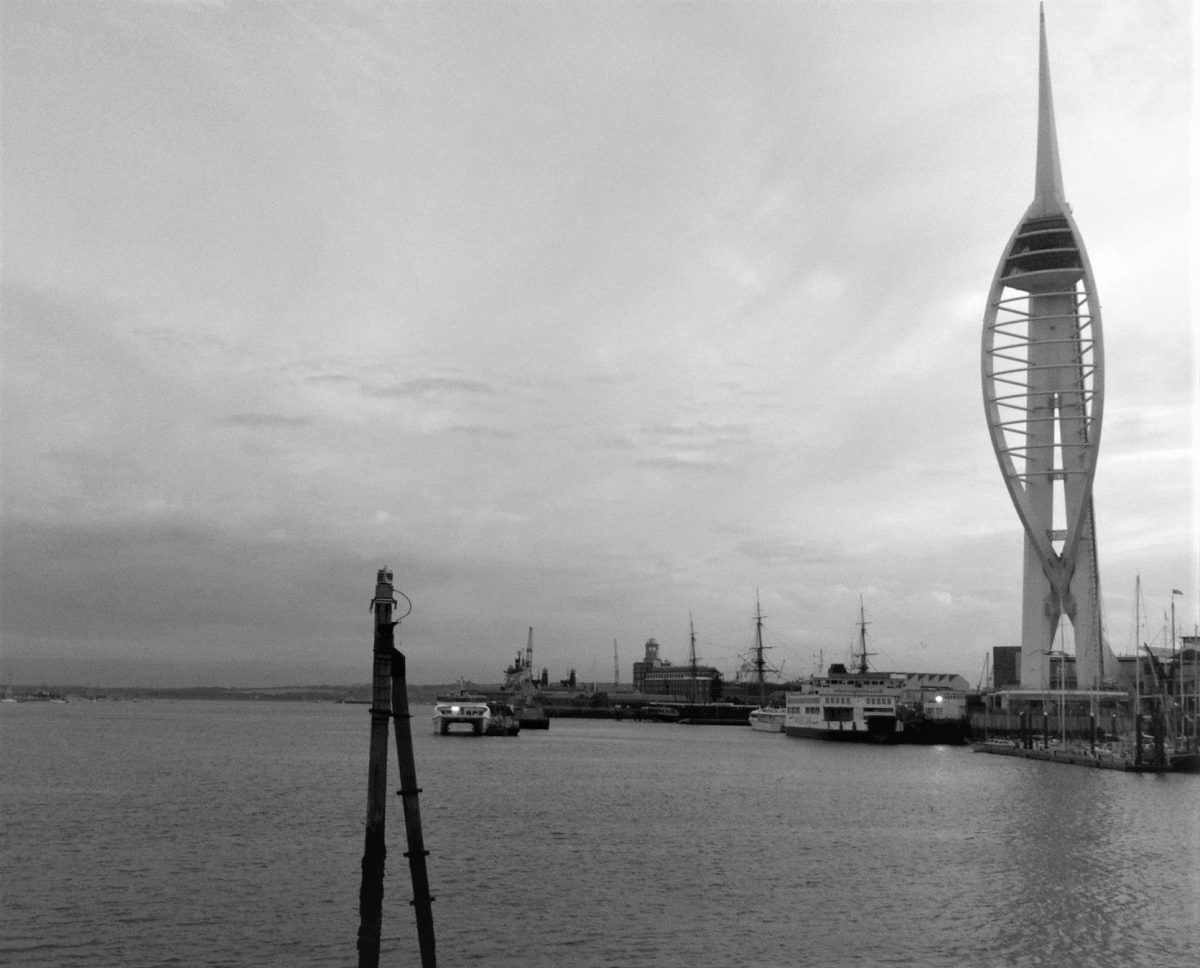 Last week I was at a world premiere (not something I get to say very often!), held at the Square Tower in Portsmouth . Three Polish-connected artists, namely poet Maria Jastrzębska, fine artist Dagmara Rudkin and composer Peter Copley came together to collaborate on a project inspired by The Snow Queen story by Hans Christian Andersen.

Held at the Square Tower, in conjunction with Tongues and Grooves, I thought it was excellent. I didn’t understand everything, (much of the dialogue is in Ponglish (a combination of Polish and English), but to me, that was part of the point of the piece – the alienation that is felt my so many in society, especially those marginalised, whether through sexual orientation, mental health, or immigration (all three of which were picked up seperately as recurrent themes of this production by different audience members).

Poetry itself pretty much always exists outside the mainstream, and many poets, myself included, often write about marginalised aspects of society. This production was very thought provoking. More information, including details of future events, can be found at the following link;

I first came into contact with Maria when I was putting together my film project on poets of exile for the BBC Big Screens, and have heard her read at various events organised by Tongues and Grooves (one of which I hosted). She is an excellent poet, and I highly recommend her collections. Incidentally she also has a blog which is worth following, here:

As for Tongues and Grooves, I’ll write a separate post later, but you can find additional information, including one of my poems at; https://tonguesandgrooves.com/