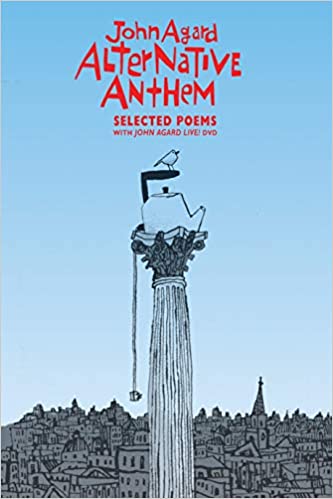 A good day to ask whether poetry is still relevant, whether it can actually achieve anything apart from providing an outlet for creative expression. In these current times of misinformation and misdirection, where here in the UK, as elsewhere, the government is becoming increasingly authoritarian, what can poetry do?

A good day for this poem by John Agard.

What’s that fluttering in a breeze?
It’s just a piece of cloth
that brings a nation to it’s knees.

What’s that furling from a pole?
It’s just a piece of cloth
that makes the guts of men grow bold.

What’s that rising over a tent?
It’s just a piece of cloth
that dares the coward to relent.

What’s that flying across a field?
It’s just a piece of cloth
that will outlive the blood you bleed.

How can I possess such a cloth?
Just ask for a flag my friend.
Then blind your conscious to the end.

From Half-Caste and other poems (Hodder’s Children’s 2004)

A good poem to share at a time when our politicians increasingly wrap themselves in the union flag, appeal to Britishness and blame others for their failings – whether the EU, migrants, travellers, woke lefties, there will always be a scapegoat. And 30-40% of the British public will fall for it. As no doubt was the case with every other similar regime in history.

This particular poem has been widely posted online, (which apart from it’s relevance today is one of the reasons I’ve chosen it), and looks like it has been used by teachers, as have some of Agard’s other poems – notably Half Caste and Checking Out Me History which have appeared in the AQA GCSE English anthology since 2002.

John Agard was born in British Guiana in 1949. He loved listening to cricket commentary and began making up his own, which led to a love of language. Agard moved to Britain in 1977 with his partner, the equally fine poet Grace Nicholls. He was awarded the Queens Gold Medal for Poetry in 2012.

A good place to start with his work is Alternative Anthem, the Bloodeaxe Books published Selected Poems, which comes with a Live DVD (and available, of course, on my Poetry Bookshelf). I’m glad the DVD is included, because whilst the poems work very well on the page, to really appreciate them it’s best to hear and see them being performed by him.

I met John Agard at a Tongues and Grooves poetry event in the Square Tower in Portsmouth back in 2013 (was it really 8 years ago?!) It was a fantastic event, and he is a brilliant performer, one of the best I have ever seen. Once these days of lockdown are over, if you get the chance to see him read live, just buy a ticket. You won’t regret it.

There are lots of recordings available of him online. As it’s World Poetry Day, I thought I’d share Agard reading Poetry Jump Up – if it doesn’t at the very least make you smile then please get someone to check your pulse.

Here’s a second recording, this time of the title poem in his Bloodeaxe selected, Alternative Anthem, which if you aren’t familiar with the poem, starts with the lines;

Oh and if you want to buy a copy of Alternative Anthem, it’s available via My Poetry Bookshelf on Bookshop.org through the following link

(If you do buy anything via My Poetry Bookshelf then I will make a small commission that will help towards the running costs of this website).