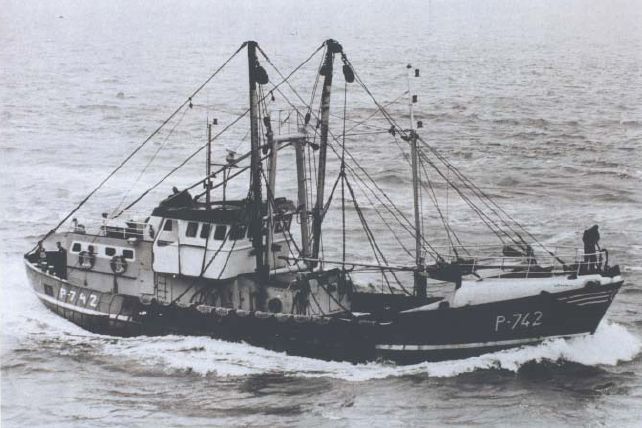 Today, April 10th 2021, is the thirtieth anniversary of the sinking of the Portsmouth based scallop trawler Wilhelmina J.

Wilhelmina J, a 26m beam trawler left Portsmouth on April 9, 1991, to trawl for scallops in the English Channel near fishing grounds known as Horseshoe Bank. But at 2am on April 10, the vessel was involved in a collision during foggy conditions with MV Zulfikar, a 142m Cyprus-registered cargo ship.

All six members of the Wilhelmina J’s crew were lost.

I didn’t know any of the crew, but wrote a poem about the sinking a number of years ago. It’s based around the marine accident report summary of what happened that night.

It is one poem in a long sequence of poems, (currently unpublished), themed around my running the perimeter of Portsea Island whilst training for marathons – the circa 16 mile run goes past the small fishing harbour where the Wilhelmina J was based. I thought now was as good a time as any to share it here (it was previously published in South Poetry and on the Places of Poetry website.

I read the poem at an event in Southsea and someone came up to me afterwards saying they knew one of the families who had lost someone, and asked me for a copy of the poem (which I gave them, obviously), so that they could give it to them. I can’t imagine that it helped in any way. But maybe it did.

My thoughts today are with the families of those who were lost. I can only imagine what they have gone through over these years, what they are going through today.

I’ve posted a link at the bottom of this post to the donation page for the RNLI who, whilst they couldn’t have done anything in this case, save hundreds of lives each year around our shores. I raised money for the RNLI the first time I ran the Great South Run. It’s a charity I have a lot of time for.

At sea
it is the small decisions that count;
to rely on assumptions,
or not,
to check all frequencies
make sure your lookout is on watch,
or not,
to see a shape in the swirling dark
in the shifting canvas of fog

As always
a series of coincidences
of misunderstandings and mistakes
and not,
this damp wool-blanket of a night
heavy on ship and water alike,
and not
names on a plaque in the Bridge Tavern
in the apportioning of blame.

And so,
running past a pile of lobster pots
a chiller trailer and fishing boats,
is not
the time to think of giving in
to aches and pains of inconsequence,
but is
the point to pick up your heels
and live life fast as long as you can.

If you wish to support the work of the RNLI, please go to;