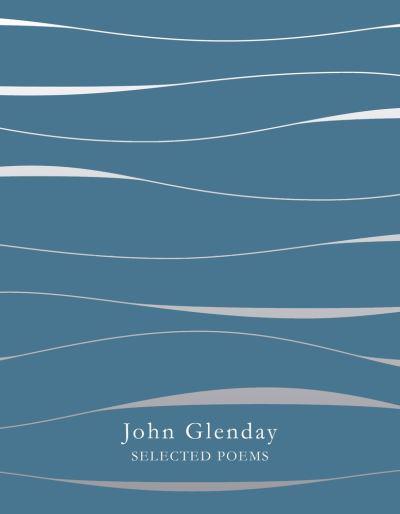 A bit later than normal, this week’s from my poetry bookshelf post is a (brief) introduction to the work of John Glenday.

John Glenday was born in Broughty Ferry in 1952. He has said in interview that his mother was a reader, his father not at all. She gave him the words, his father the silences, a Glenday-like formulation. His ambition to be a poet was first fired in his teens. ‘A lot of people do [want to be poets in adolescence], but I never grew out of it…. Every job I’ve had is really something I’ve had to keep me while I’m writing.’ He studied English at the University of Edinburgh, and after graduating became a psychiatric nurse. Currently he lives in Drumnadrochit and works for NHS Highland as an addictions counsellor.

The above paragraph was taken from the Scottish Poetry Library’s introduction to John Glenday, which can be found here:

I first came across Glenday’s poetry at a zoom reading hosted by Walthamstow based Forest Poets. Incidentally their next event is a reading by George Szirtes, which I’m sure will be excellent – another poet who I shall have to write about at some point. if interested, you can buy tickets here:

I thought John Glenday’s reading was great, and was compelled to go out and purchase a copy of his collected poems afterwards. Those of you reading this who are familiar with his poetry will know that he is a superb, lyrical poet, with a beautiful and clear use of language and the space between words.

Take this, the title poem of his second collection, Undark, written about the Radium Girls;

And so they come back, those girls who painted
the watch dials luminous and died.

They come back and their hands glow and their lips
and hair and their footprints gleam in the past like alien snow.

It was as if what shone in them once had broken free
and burned through the cotton of their lives.

And I want to know this: how they came to believe
that something so beautiful could ever have turned out right,

but though they open their mouths to answer me,
all I can hear is light.

The Selected Poems is a very good starting point and includes poems from four collections, and others that were not, until then, available in a collection. They are uniformly excellent, with a diverse range of subjects and forms – there is a lot of rigour and structure underpinning the lyrical quality of language.

A lot of the poems have a strong connection to the sea and sky, to the landscape and ecology, but also there are poems of love, of family history and a range of other subjects.

You can hear Glenday reading a short selection of poems on the Poetry Archive website, including Tin, which uses the fact that the can opener was invented forty-eight years after the tin can as a starting point for a whimsical and yet poignant poem.

To quote the blurb on the back of the Selected Poems, Glenday shares with W.S. Graham and Denise Riley an obsession with speech, silence and limits of knowledge, and with what form the energies that flicker along the border might take.

I’ll finish with the last stanza from The Skylark , which originally appeared in his fourth collection, The Golden Mean

one cloud, one thread of wind,
one song to hang
like nothing over everything.

If this brief (well it is 10.15 PM as I write this) introduction has whetted your appetite then you won’t be disappointed if you explore his writing further.