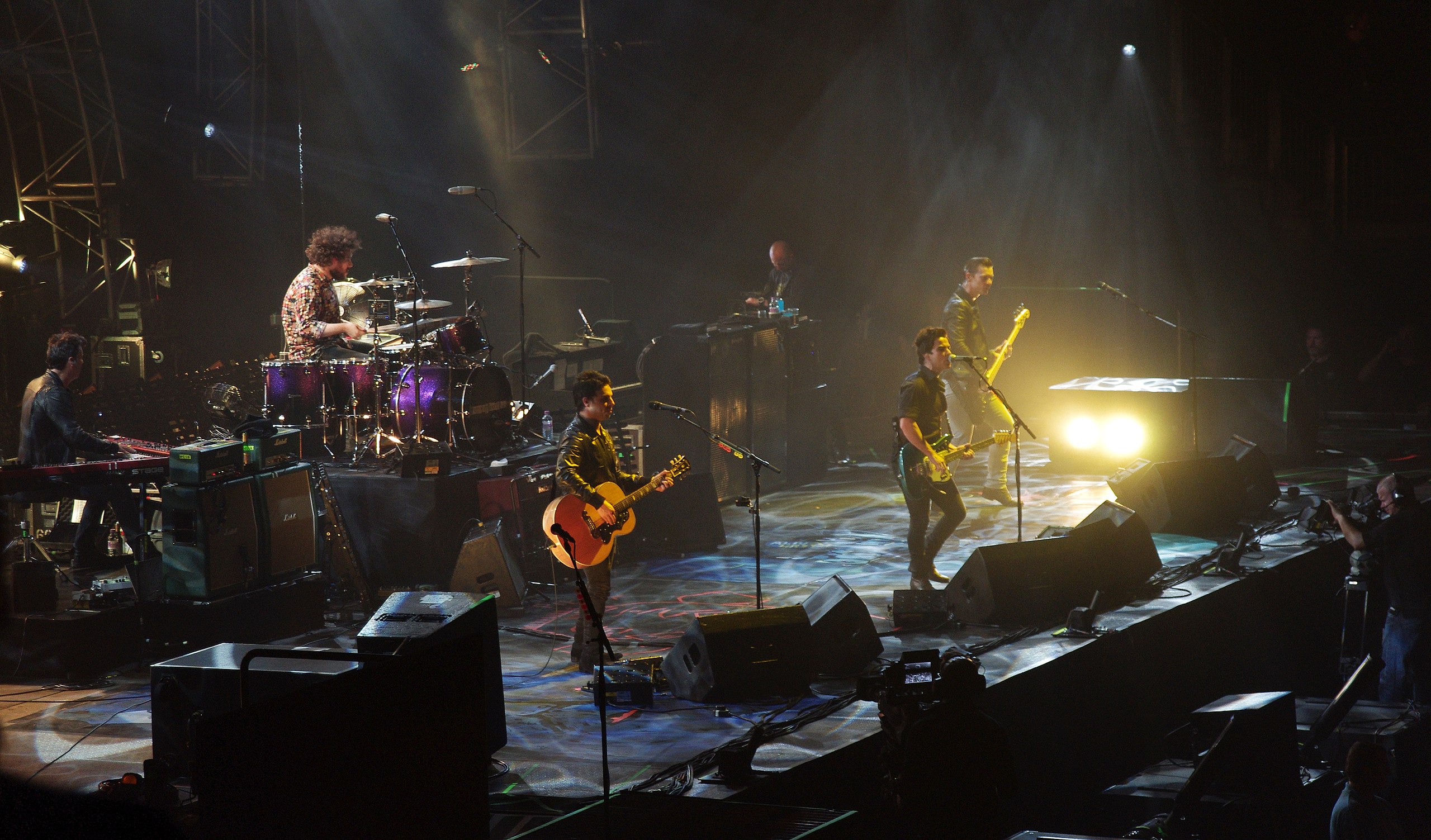 I was pinged on Thursday. Apparently I had been in close contact with someone on Monday 29th who had tested positive for Covid. My test results were negative. It’s just a stinking cold then.

I’m not surprised I was pinged – on Monday night I was at a Stereophonics concert in Portsmouth. This was, by their standards an ‘intimate’ gig, (they are due to be playing a couple of 70,000 sellout concerts in Cardiff soon).

I’m not a huge Stereophonics fan. They didn’t play my favourite song of their’s, (Local Boy in The Photograph), or my second favourite (A Thousand Trees – which someone laughably described on the radio as their favourite song about the environment – it’s actually about an allegation of child abuse), and there was a big bloke standing in front of me for much of the gig. But you could see why they are recognised as being such an excellent live act. Kelly Jones, you and the rest of the band put on a brilliant show.

How much have I missed this? Standing in a crowd of swaying singing strangers. It felt so good, I felt so alive, to be in this crowd of commonality. It’s why I love football, the singing, the chanting, the mass humanity (although not so much at yesterday’s Pompey match…).

With the Omnicrom Variant spreading here in the UK, and new restrictions starting to come into force, I don’t know when I’ll next be able to go to a gig.

I have a ticket for Godspeed You! Black Emperor in Bristol on January 19th (funnily enough no-one else I know wants to go and see a Canadian anarchist post – rock collective on a Wednesday night in January), and have a list of other concerts I want to go to. Because life is short. Our time is so, so, short.

I’m very aware that this blog has been somewhat erratic over the past few months – there are a whole range of reasons for this. But time has been a major factor.

I’ve been recruiting for roles in San Francisco, Singapore, Sydney and now Frankfurt. The clients have been based in Denver, Houston, New York and Salzburg. Working across 8 different time zones has been a challenge. Speaking to candidates at 5 AM and then 10 PM on the same day. It’s my choice – I don’t request, need, or deserve any sympathy. The main project, (thirteen roles in San Francisco & Singapore for a consultancy working onsite at Facebook), should complete in a couple of weeks, the Australian role has excellent candidates in the frame. Once these are done, things should get back to normal, or whatever that is these days.

Hopefully then, I’ll have more time for writing, for blogging, and for creating events for the South Downs Poetry Festival – I was asked to help spread events to the west of the downs, but haven’t managed to do much at all. I also have to sort out my second manuscript for my publishers, Dempsey & Windle, and have a long sequence that I wrote a few years ago that I am considering self-publishing, perhaps in online / downloadable format. Lot’s to get stuck into in 2022. So I guess I’ll keep this blog going.

A quick plug for anyone looking for last minute Christmas presents for the poet in their life. Why not buy them a book from an independent poetry publisher?

There are plenty of others of course, but I should really champion my own publisher above anyone else!

Feel free to add any other publishers you rate in the comments – I’ll share them here with my small following.

Meanwhile, keep well and keep safe. I guess we all have to make our own decisions on what is an acceptable risk now and into next year. But for me, live music, live theatre and live sport are central to my life, and I really struggle without them. Even if the event is a disappointment – yes, Portsmouth FC I am looking at you right now…so much for an FA Cup run this year!

Good luck, and see you on the other side – if not at a raucous concert or football match, maybe at a more genteel poetry event, such as one I went to a very, very long time ago….

An Evening at the Haiku Club

….NB, and yes, I know this isn’t actually a haiku, but that’s part of the point of the poem….