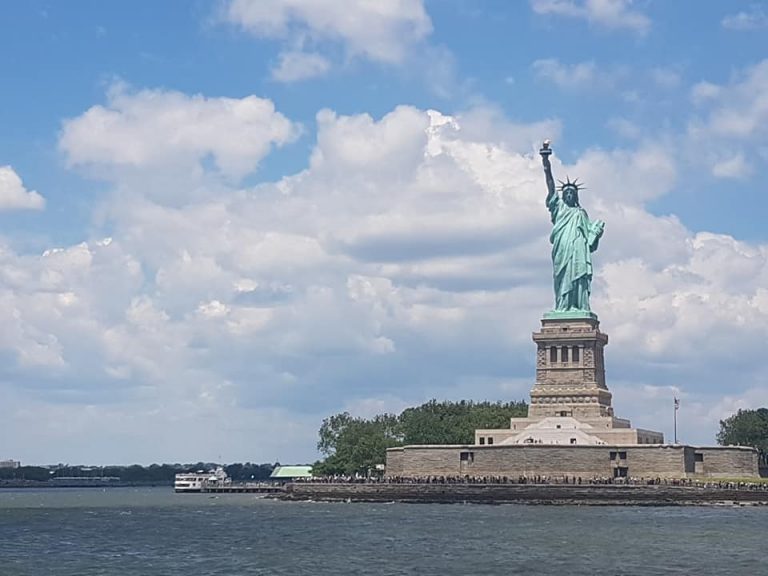 This is a poetry blog. But poetry doesn’t exist in a vacuum. I’ve written political posts about what’s happening in the UK, and will continue to do so as our ‘great leader’ tries to hold on and extend his power for another 10-15 years by whatever method he can. It worries me that he might get away with it. And it makes me pretty angry.

But I’m absolutely sickened by what is happening in the US right now. The relaxation of gun laws in New York, and the ongoing right to bear automatic assault weapons (a bit different to what the founding fathers had in mind I would imagine) seems ludicrous here in the UK. And it has done for many years. Whilst the English libertarian right want to follow America in many ways, (see what they are doing to our healthcare and education systems for starters), supporting the gun lobby is a non-starter.

Between 2009 & 2018 there were 288 school shootings in the United States. The most in the world. Mexico, second on the list, had 8. You would have thought that statistics like this would mean something to policy makers, but clearly not. There have been 119 school shootings since 2018 that have resulted in injury or death, (the first statistics includes incidents where no one got hurt), and 27 so far this year. But clearly what was written down a couple of hundred years ago is more important than the lives of American citizens. We had the Dunblane massacre in 1996. Our gun laws were changed. Whilst there still will be incidents, it’s far more difficult to kill a lot of people with a single action shotgun than it is to do so with an AK47.

I suspect it may be too late for the USA in this respect. There are so many guns in circulation – over 120 guns for every 100 Americans – that it may be impossible to do much more than tinker around the edges of legislation – but surely something could be done about the most powerful, rapid shooting weapons.

And then there’s Roe vs Wade.

Banning abortion because of how some people have interpreted the Bible?

One thing is for certain. These new rules won’t apply to those who have led the campaign to overturn America’s abortion laws. There’s a special place in hell, (if it exists), for hypocrites who have ‘encouraged’ terminations on those who they’ve had affairs with, before stopping others from having the same option. As there is for those who force women to complete unwanted pregnancies but don’t provide the welfare or medical support they’ll need afterwards. A quick online search can provide you with plenty of examples of law makers who fit into both of these categories.

I’m sure that there are many who genuinely believe that a few cells in the womb constitute a human being with the same right to life as anyone else (or the same right as anyone else to be gunned down at school, work, church or supermarket). However, there just seems to be very little in the way of interest from many in the ‘pro-life’ movement in what happens to the child after it’s been born.

And that’s before we get into issues such as health risks to mothers, child & adult rape victims, unviable babies with health issues that will make their lives painful and short. Let alone the fact that it should be the mother’s choice what to do with their own bodies – not some puffed up out of touch senator or judge who has ridden the coat-tails of a privileged upbringing to impose their will (or that of their donors).

It’s about control. It has nothing do do with healthcare, or morality, or what is right. It’s about people imposing their world view on others’ fundamental human rights. And choosing how to interpret text. The Bible, has plenty of examples of scripture where unborn babies are clearly shown to have no special merit. But I guess it depends on what you choose to read, and what you choose to skim over and ignore.

I’m not trying to dismiss the personal opinion of those in favour of dismantling Roe vs Wade – it’s their life after all – it’s their insistence on their right to dismiss the life choices of those who don’t believe what they do that makes me so angry. Other religions (Judaism for example) are pretty explicit on where life begins – and it’s not at conception. Then there’s the views of those who aren’t religious. Obviously the views of jews, or non-believers, are not of value. They are lesser citizens in the USA that these people are trying to create.

And abortions won’t stop. They’ll just be more dangerous, back-street affairs leading to more deaths and permanent disfiguration of the victims of this change in law. Everyone knows this but the ‘pro-lifers’ aren’t willing to think about this and / or simply don’t care.

Don’t think that this can’t happen in the UK. There is a lot of ‘pro-life’ funding of evangelical churches here, at least one MP has shared a victory tweet from America, and a fairly prominent writer in the Daily Telegraph has publicly stated, (and doubled down on his original tweet), that governmental policies allowing abortion are no different to the Nazi Holocaust.

Comparing abortion to the holocaust is fairly common in ‘pro-life’ circles apparently. I’m sure we’ll see more of this kind of language over the coming years, both in Britain and other countries where those who wish to turn back women’s reproductive rights think they can get leverage.

Anyway, I’m going to finish with a poem from Landings. It wasn’t written with any one particular person, or group of people in mind – just anyone who uses something written a long time ago as a way to justify pain and death on others.

Sorry for this less-than cheery post. I know hardly anyone will actually read this rant (if you’ve made it to the end, thank you for sticking with it!) But I felt I had to say something in the one public place that I can post my thoughts online. It may be just one small voice. But it’s once small voice in a cacophony of others. Maybe together we can make a difference.

When you take these words,
you take them all.
You take the shape of each letter,
the curves, the loops, the circles closed,
the trip wires stretching in-between.

You sharpen every point,
take each barb,
pierce skin down to the bone –
each definitive sentence
to tattoo us with your truth.

Anointed in ink
you let your light fall,
fold back the spine,
the flammability of each page,
this conflagration of words.

You hold them so close.
You set them alight.
in the oxygen of your faith,
you are the heart of the flame –
or so you believe.

But as after a fire,
your brittle forest of letters
will be washed away in rain,
and even after such suffering
scorched earth will be renewed.

Go on then, take this book,
take these words,
they are yours for now, so burn –
burn with self-righteousness,
burn into ash.