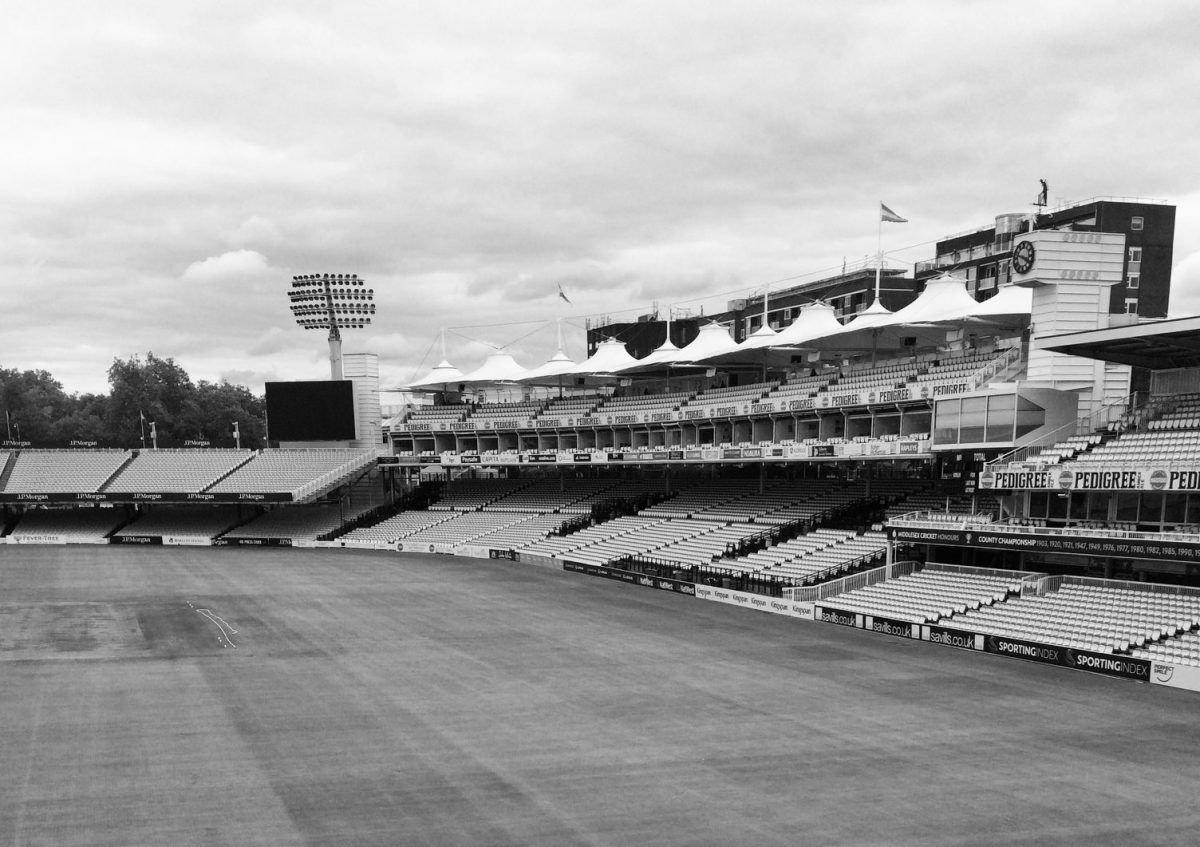 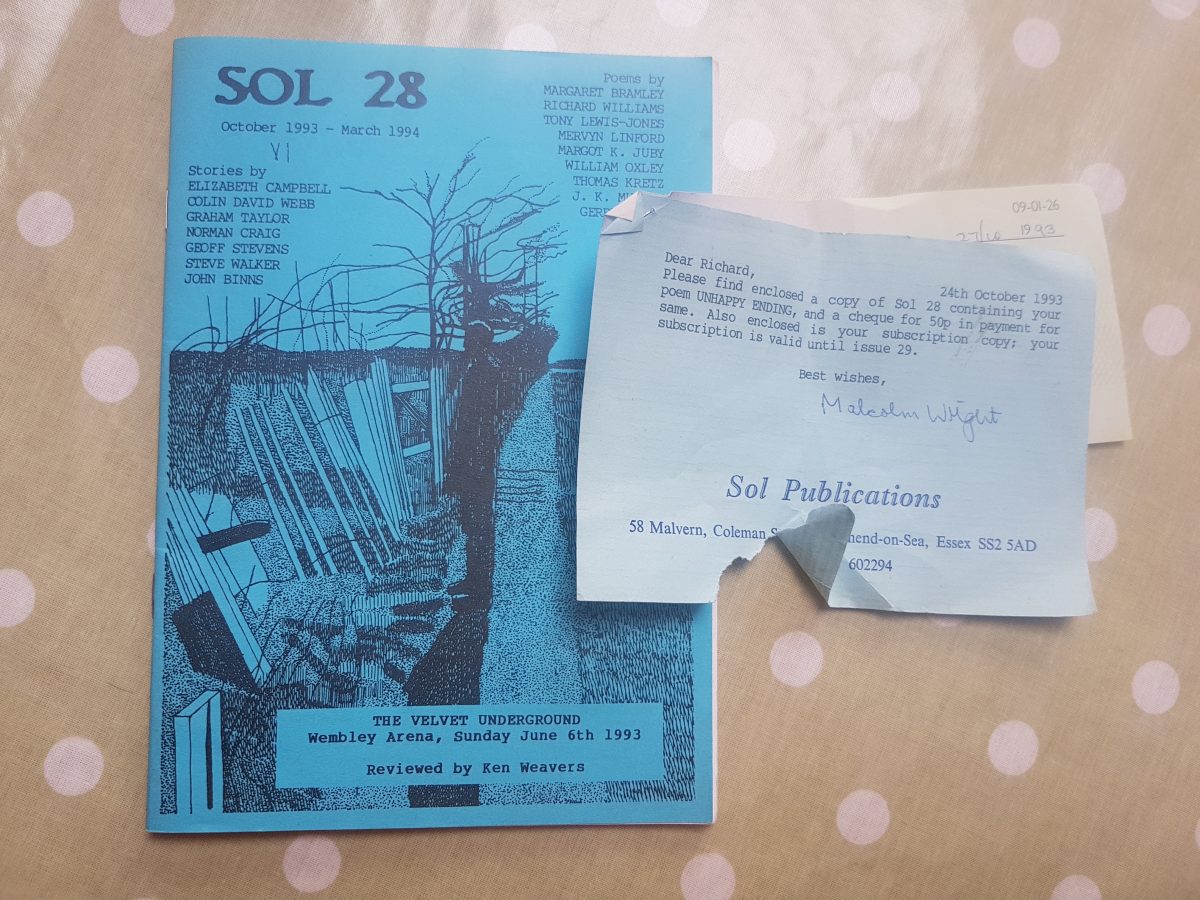 Simon Armitage was on Desert Island Discs recently. If you haven’t heard the show then it’s definitely worth a listen – an excellent interview and some great music choices ( you can still catch it on the BBC website at https://www.bbc.co.uk/programmes/m000j120 )

One thing he spoke about was the first time he had a poem accepted for a magazine. It’s a huge moment for any writer, to find that someone who doesn’t know you appreciates what you are doing and thinks that there is enough merit in your work to put it in their publication. Every poet will get enough rejection notes to paper at least a couple of rooms in the course of their attempts to get their work in print. Even now, with over 100 poems in various magazines I still get a huge boost when one is accepted.

The first magazines I had success with included the now defunct Poetry Monthly, Wire, Tandem and Sol. Small poetry press magazines tend to come and go with regularity. Or they used to do. Now many of the smaller ones are only online. Nothing necessarily wrong with that, though it is lovely to pick up a publication and see your work nestled in amongst other more well-known names. My sole appearance in Tandem was noteworthy for me in that the same magazine also had a poem by Seamus Heaney in it. I do occasionally wonder if he read my own contribution.

These magazines are so important in the nurturing of poetry. It’s a pretty thankless task for editors – a small number of subscriptions, sackfuls of poetry, quite a lot of it written by someone who hasn’t read anything more contemporary than Keats, or hasn’t made any attempt to understand what sort of poetry fits with the magazine’s ethos.

If you want to support poetry in the UK, and also get an understanding of what contemporary poetry is all about then I’d strongly recommend subscribing to a few magazines – off the top of my head I would recommend the following – Acumen, Brittle Star, Envoi, Frogmore Papers, The Interpreter’s House, Magma, Obsessed with Pipework, Orbis, The North, The Rialto and South. It’s not an exhaustive list – there are plenty of others that are excellent that I have no experience of as a subscriber or submitter of work and hence haven’t mentioned in this list.

Also books. Buy poetry books. My publisher, Dempsey and Windle have a sale on at the moment – buy two and get a third mystery book free – it might be mine! Go to www.dempseyandwindle.com for details.

Poetry isn’t exactly the most profitable career choice, either for writers or publishers. If you are on this page and want to support poetry in the UK then please spend a few pounds on a magazine subscription or a book or two if you can afford to do so.

Back to Desert Island Discs. Simon Armitage got a £2.50 cheque for his first acceptance (most magazines pay in the form of a free copy rather than money). He kept it rather than cashing it in.

In my case the cheque was for 50p from Sol Magazine. I recently found it in a bag of receipts, bank statements and old football programmes whilst attempting to clear out the loft – which is a long term project even under lockdown. There have been plenty of occasions when I have wished I had put the money into my bank account, but am glad now that I didn’t. It’s nice to have a memento of the day that I became a professional poet (!)

The poem itself is short, which probably helped in terms of getting published , and is about Friday and Saturday nights in a Somerset market town. Frome now is pretty upmarket and, apart from a couple of pubs that don’t seem to have changed much, (namely the Blue Boar and the George Inn), is almost unrecognisable from the place I grew up in. Back then, there wasn’t a hand-crafted boutique quinoa parlour to be seen. Weekends were absolute carnage. Not for nothing is Frome Town FC’s nickname ‘Dodge’ (as in Dodge City);

I’m not sure that this poem is quite what Frome Town Council will be looking for in terms of material for their next marketing campaign, but I am open to offers if it is of interest.

Borderland
Of Sentry posts in nightclubs
Ambushes lie in wait

Away and running
Fighting drunk
Another Saturday night